Seals are calculated by checking a specific seal's suitability or by selecting a flange connection's structural features with a view to a specific gasket. This is by no means an algorithm capable of optimizing the structural features of the seal itself, which is selected based on the designer's or user's expertise. Fulfilling the calculation conditions described below assures secure strength with respect to the gasket and tightness at the water test.

It should be added that a flangescrew connection is a system of mutually interacting elements: bolts, flanges, gasket, as well as jacket or pipeline. In the case of an alteration made within a seal, it should be considered what changes it may induce in the other components. It can be assumed that the bolts' and flanges' strength and load conditions are not affected by a change in the seal, if neither the existing assembly and operation bolt loads have been exceeded, nor the average gasket diameter changed. In consideration of a flange connection design, the data independent of the connection itself must be taken into account in the first place, such as the pipeline's operating pressure and nominal diameter, and after the calculation the appropriate flange width, gasket material and the bolts' number and quality must be selected.

The following flange connections calculation methods are used in Poland:

The above-mentioned methods are admitted by the UDT Office of Technical Inspection as calculation formulas for flange-bolt connections in devices subject to the technical inspection. Even if all these methods are based on the same rules, they differ in the way of calculations. Therefore, calculation factors specified by manufacturers of specific sealing materials are assigned to a specific calculation method and are not directly interchangeable. 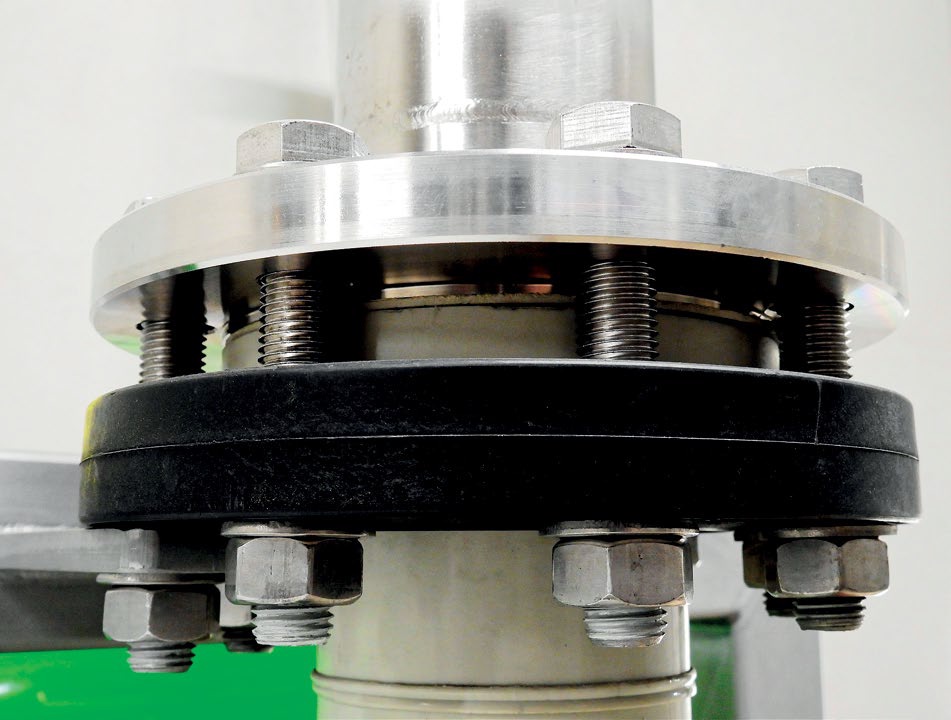 The assembly bolt load "W" is determined by the following two values. The first is the so-called gasket seating load Wm2; the second is the operation load Wm1. The greater of these values is adopted as the bolt assembly load.

Seating bolt load Wm2 is the force with which a gasket should be pressed in order to close the micropores inside the gasket itself and to fill in the unevenness at the flange facing - gasket interface. Gasket is seated under atmospheric temperature and pressure conditions and with no internal operating pressure. The seating load is constant and depends on the gasket material and dimensions only. For graphite seals it amounts to 900 - 5000 psi, whereas 1000 psi corresponds to 68.94 bar.

The minimum bolt load required to seat a gasket is specified by the following formula (1):

Operation bolt load is expressed by the formula (2): 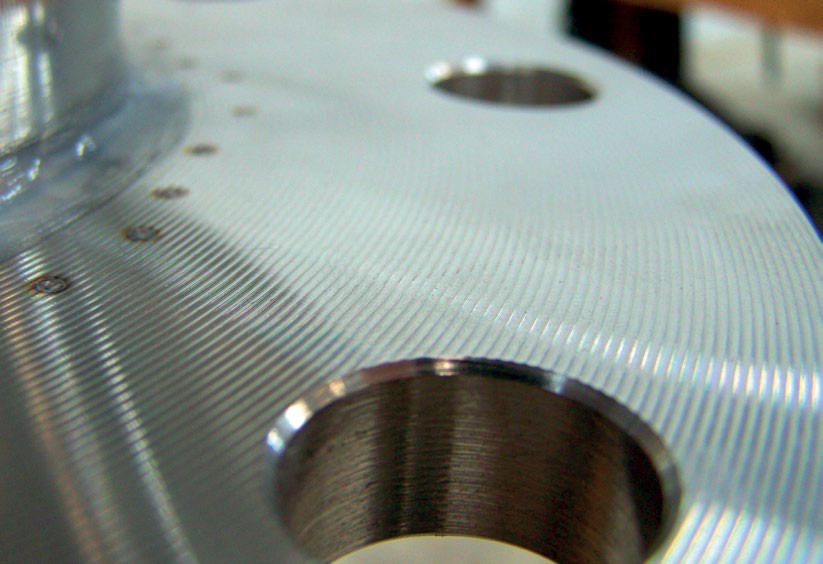 The following conclusions can be drawn from analysing the above formulas with regard to graphite seals:

The seal/flange interface is loaded with bolt tensioning while the connection is assembled; this load is called assembly bolt load. For sealing liquids, it is recommended to adopt pmin assembly load:

For sealing gases, this load must be much higher:

It should be checked that the assembly load does not exceed permissible contact load бmax for the material (specified in material properties tables).

With the assembly load and seal dimensions known, the total connection load can be determined, and thus the bolts can be selected.